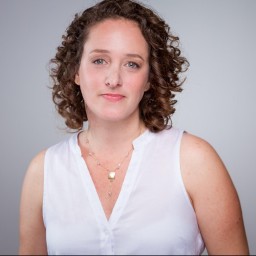 The organization has grown but the mindset lags behind

One of our clients, a Startup company that specializes with one of the most cutting-edge and complex areas of the technology industry, preserved over the years the perception of a small company working out of the entrepreneur's garage, which matched its early days.

Even as the company grew over the years, many processes remained in their informal practices, believing (incorrectly) that this was how work is most effectively done - "without unnecessary red-tape".

My organizational mentoring process started following a major change in the Company's product and its business plan, that required a new outlook over the Company's human resource - job definitions and recruitment requirements.

The purpose of my intervention was to help the organization redefine its core competencies, help recruit the right people and retain key employees, while preventing undesirable resignation that may occur during this type of change process.

“The single largest issue that causes the most emotional heartache in a startup is people challenges. Every organization has them,” says the veteran venture capitalist and lecturer in organizational behavior at the Stanford Graduate School of Business.

Under-Performing Employees Was Just The Symptom

After several months of studying the organization and observing, among other elements, the induction process of several new employees, it became apparent that the new employees’ induction process, as well as other processes, is being conducted in an unorganized and informal manner, since "there’s no need to complicate things, we're good in recruiting new staff members."

After a thorough review, which included conversations with new employees, managers, and long-term employees, revealed a different picture.

New employees reported a bad induction experience: a sense of pursuit after information – from basic how-to all the way to complex issues, a sense that no one takes the time to give them “the lay of the land”, and frustration at the ever growing gap between what is expected of them and the tools and knowledge they have been given.

Managers and long-term employees reported on new employees who seem “wandering about" for an extended period of time. The common feeling was that new employees are not sufficiently familiar with the Company's technology. even after months of work, the number of errors did not diminish, and the overall feeling that prevailed was that the organization was unable to recruit good employees.

In some cases, mutual frustration and disappointment led to the resignation or termination of employees within months after their recruitment, and to a confidence crisis of long term employees in the organization’s ability to succeed.

A small change lead to a major impact

A very basic and lean induction process implemented in the Company led to a complete turn-around and a sharp increae in the startup employees performance.

The process focused on outlining guidelines for new employees’ induction process, ensuring it is concise and effective instead of cumbersome and overly complicated for the recruiting managers.

Several principles were defined as the basis for the process of recruiting new employee:

• Then he should know all the organization's position holders with whom he will come into contact - managers, colleagues, content experts, as well as internal and external service providers

• He needs a neat and well-organized workstation, equipped with all the essential working accessories needed towards performing his job from day one (including an employee card, meal card, key, entry code, etc.)

• The new recruitment must learn the organization's systems and technologies –those that are directly as well as indirectly relate to his work.

• He should feel useful and valuable as quickly as possible

An induction document has been compiled based on these principles, that included all the essential information for getting started in the organization, including links to fundamental documents, and a contact list of all position holders who are able to assist in his induction.

A tasks checklist to be performed towards the induction of a new employee has been compiled, including those responsible for execution and timetables.

Identification of content and people that each new employee needs to get acquainted with, according to his role, and a detailed timetable has been specified for the first few working weeks, including: professional meetings, administrative meetings, initial tasks for execution and milestones for monitoring and follow-up during the first month.

• Reported on a pleasant and effective induction experience that instilled a sense of confidence in them.

• They also generated high-quality professional outputs within a very short time – The R&D team manager reported, after hiring an employee to his team, that after only a month, the employee succeeded in running an algorithm that upgraded the speed and quality of the entire team’s work.

For Startup companies, time is a critical element, since time is money and money is a scarce resource. Startup companies need to respond quickly, learn fast and reach achievements within very short time frames. In fact, the continued existence of the organization largely depends on its agility and quick response.

Technology-oriented organizations, and especially Startup companies, invest a great deal of time and money in scouting and recruiting top-notch employees, that can contribute their knowledge and capabilities for the benefit of the organization.

However, it is not enough to recruit talented employees who are experts in their field. The organization also needs to know how to effectively assimilate them into a live and dynamic startup to gain high employees performance.

Reducing the learning curve of new employees and improving their ability to bring their knowledge and experience to fruition and create value for the organization is a cornerstone of organizational resilience and its ability to achieve the business goals.

Please log in again. The login page will open in a new tab. After logging in you can close it and return to this page.